How Cutting Your Own Hair Can Save You Money

Learn how cutting your own hair can save you money. I explain how I improved my life with the amount of money I saved by cutting my own hair.

It’s true: How cutting your own hair can save you thousands of dollars. It’s not a new practice, and it doesn’t have to be difficult.

That said, I’m not going to talk about how to do it.  There are sites devoted to various techniques. I’m going to explain how I improved my life with the amount of money I saved by cutting my own hair.

Table of Contents -
Why I cut my own hair
Stop the story right here
I didn’t save the money
Could you benefit from cutting your own hair?
The cost
Best Overall Clippers: Andis Master Cordless Clipper
Best Overall Trimmer: Bevel Limited Edition Trimmer
The effort
I’m not the only one who cuts his own hair
Some thoughts
Conclusion

Why I cut my own hair

The backstory is that I served over fifteen years in the military and then returned to civilian life. I needed to serve less than five years in order to retire and for quite a while that thought niggled in the back of my mind.

So, in November of 2010, at the age of 55, I joined the US Army Reserve.  Now, many people don’t realize that when you join the Reserves as returning service member, you aren’t automatically assigned to a unit.

It was my responsibility to find one that would take me.  It turned out that I would be drilling (the monthly weekend military obligation) 90 miles from where I lived.  That was OK. The distance was just a bump in the road.

Before I took on this responsibility, I’d been in the habit of getting my hair cut every two weeks. Those cheap haircuts still cost me $30 a month.

The necessity of driving an extra 180 miles a month would require an increase in the amount of money I’d need to budget for fuel.  I figured I could easily make the round trip on $30.

So that I wouldn’t have to short any other fund, my solution was to give up the luxury of professional haircuts and redirect that money to my gas fund.  But… I’d still need haircuts (especially, for drill weekends.)  I needed to cut my own hair.

I suppose I could have taken the money from another fund, but why should I?  Or, being frugal me, it might be better to say, “Why would I???

I don’t have much hair, and my style is very simple.  (I’m positive some of you have a lot more hair and more stylish cuts than I do.  I’ll address that shortly.)

Cutting my own hair to avoid an added expense was a logical tactic.

Think about this:  What did I gain by cutting my own hair?

2) Rather than shorting another funded category in my budget to attend drill, and later “Robbing Peter to pay Paul,” I modified my budget, and preserved its integrity. (Score!)

3) Because I was able to make drill, I am retired from the US Army and collect full retirement benefits. (Double score!!)

4) To this day, because I still cut my own hair, I still have an additional $30 a month.  I invest this money somewhere that will be profitable for me.  (Score!)

I didn’t save the money

I want to be clear:  My decision wasn’t about saving $50 a month; I was still spending that money—just not on haircuts.  Neither was I spending an additional $50 to travel.

I was investing that money in something that would improve my life immediately (a monthly paycheck) and in the future (monthly retirement checks for life plus full military retirement benefits).

Could you benefit from cutting your own hair?

It’s true.  You can increase your disposable (perhaps a better word would be “discretionary”) funds by cutting your own hair.

A greater truth would be, you can (and should) redirect that money to something the will improve your quality of life: a retirement account, pay off credit cards, pay off your mortgage (This would decrease your cost of living, giving you even more discretionary funds.), pay medical out of pocket expenses, contribute to your emergency account, or save for a festive night out…

As I’ve already said, cutting my own hair wasn’t difficult.  (I’m well on my way to bald…)  All I needed to do was buy a pair of electric clippers.  I found some on sale for about $8 (this was in 2010), and they still do the job today.

I just did a quick search for current clipper prices.  There’s a wide range. 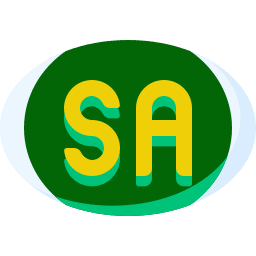 The lower end seems to be about $15, and they can go for upwards of $100.  When you shop, check the reviews: Price doesn’t always reflect quality.

Andis is a favorite among professional barbers for its versatility. It’s durable enough to run through thick, coarse hair, but also gentle enough to cut fine hair.

Bevel’s limited-edition trimmer lives up to its hefty price tag thanks to its powerful yet quiet motor and super-sharp blade that offers a precise cut, which is perfect for cleaning up your hairline or giving yourself a line-up. 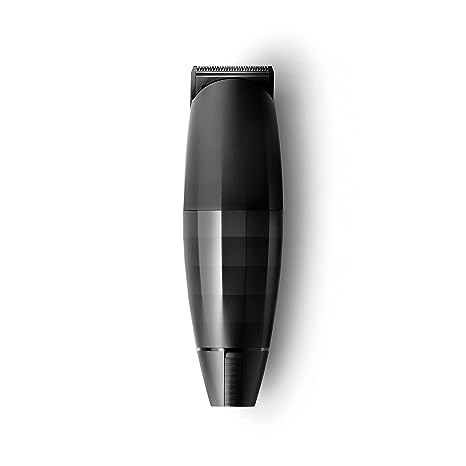 Since I’ve (twice) mentioned how easy it is for me to do a satisfactory job on my hair, it seems now would provide the opportunity to talk about getting good results if your hair is more abundant.

To this end, I’d like to go back in time a bit (or—maybe—more than a bit).  In the 1970s and 80s I was acquainted with several women whose monthly schedules included what can only be called “hair parties.”

Several friends would take their supplies and products and get together to dye, frost, perm, cut, and generally help each other do their hair—and have a good time while they were at it.  (Age wise they may have been high school/college girls, young or older women, or a mixed group.)

During the intervening decades, this practice has pretty much disappeared.  There’s no reason not to bring it back.  Supplies and products (even professional grade) are readily available.  There are plenty of tutorials on YouTube.

Also, given the emphasis our society puts on the community, it seems this could return as a viable (and frugal) exercise.  (By the way, I do know a couple of women (one with long hair, the other’s hair is chin length) who each cut and style their own hair.  It always looks nice to me.)

And guys.  We are being encouraged to be “in community” also.  If you wear your hair in a style that requires some “styling,” there’s no reason you have to do everything on your own.

I’m not the only one who cuts his own hair

Like everybody else who thinks they have a great idea, occasionally I talk up cutting your own hair.

Once I mentioned it to a guy in a coffee shop who had obviously just come from the barber.  (And, yes.  If you’ve read my early posts, you know I allow myself some indulgences—a good coffee once in awhile. Being frugal does not mean being miserly.)

Well, this guy had no interest in cutting his hair himself, but he told me he had an uncle who had been cutting his own hair for a long time; he’d started a few years before he retired.  He saved the money for awhile.

With the funds he saved, he bought a lawnmower and some other gardening tools.  (You have to know where I’m going with this…)  The man started mowing a few yards as a side hustle.

He got more business, added more services, and eventually started hiring people to work for him.  The guy I was talking to said that a few years after his uncle retired from his “real” job, he had enough yard business to be pretty much retired from actually working it himself.  The uncle continued to cut his own hair, but the nephew didn’t know what he was doing with the extra money.

I didn’t have the above conversation because I’m passionate about cutting my own hair—or getting you to cut yours.  I’m passionate about finding ways to save money and being frugal to improve the quality of my life.  (I hope my experiences and ideas help you.)  Cutting my own hair freed up funds that provided a way for me to get military retirement pay and benefits through the USAR.

Right now, I’m still working a civilian job—which will yield additional retirement funds in a few years. It will be great to continue having more than one stream of income.  Cutting his own hair was the first phase in the uncle’s (from the account above) plan to develop what amounts to a passive income in addition to his pension.  I would say the quality of life has improved in both cases.

I’m amazed by the number of people who consider “investing” small amounts of money to be a waste of time.  Small amounts of money can add up to be quite significant.  In a previous article, I illustrated how saving $10.00 week for a year comes out to being a lot of money.

Not only does it come out to be a lot of money, but there are times in our lives that $520 can be a real game-changer.  I’ve written an article that illustrates how a decision made a long time ago to regularly save a small amount of money for emergencies paid off on a recent car repair (again).

Often, small changes can have a big impact.  Sacrificing professional haircuts yielded $30 a month.  For about five years, I invested that money towards a military retirement.  When I started receiving my retirement, the cash investment was more that repaid in just a couple of months, and I continue to benefit from it.

My story may seem pretty mundane.  It is to some extent.  However… Think about it like this: For about five years, I spent $50 a month to fund my trips to drill weekends in the USAR.  Serving that time allowed me to get military retirement (not to mention I got paid for every weekend of service).

My retirement pay is significant; some retirees actually live on theirs.

USAR and military retirement may not be an option for everyone.  However, almost everyone does have the option of cutting some indulgence and redirecting funds for the purpose of improving their overall quality of living.  I’ve included some applications (paying off debt, saving for retirement, etc.) Cutting your own hair is something you can do to save (redirect) your money so that it serves you better.

Want to start cutting your own hair? I am looking into upgrading to a pair of clippers that would reduce the mess on my bathroom floor afterward. I was recommended the Remington HC6550 Cordless Vacuum Haircut Kit by a friend. If you have any recommends or comments on my story leave a comment below.

Author Bio: Douglas Antrim is a retired US Army, and is the founder of Star Saving Money Today. Douglas has been frugal for many years. Raising a family on military pay he has learned to maximize the quality of life by being frugal. 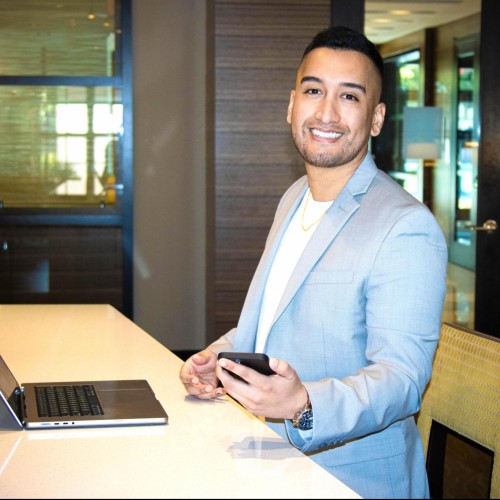 Brian Meiggs
Brian is an entrepreneur and investor who enjoys working out, reading, spending time with his family and friends, traveling and creating great content. He’s passionate about helping others achieve their financial goals by finding the best ways to save money. He uses the free Personal Capital app to manage his cash flow and net worth. He is the CEO of MeiggsMedia, an online publishing company that manages a portfolio of websites like SavingExpert. He has been quoted as a top personal finance blogger in major publications including Yahoo! Finance, NASDAQ, Discover, MSN Money and more.

SavingExpert.org and all associated proprietary marks are trademarks of MeiggsMedia and its related entities. Other third-party trademarks are the property of their respective owners.